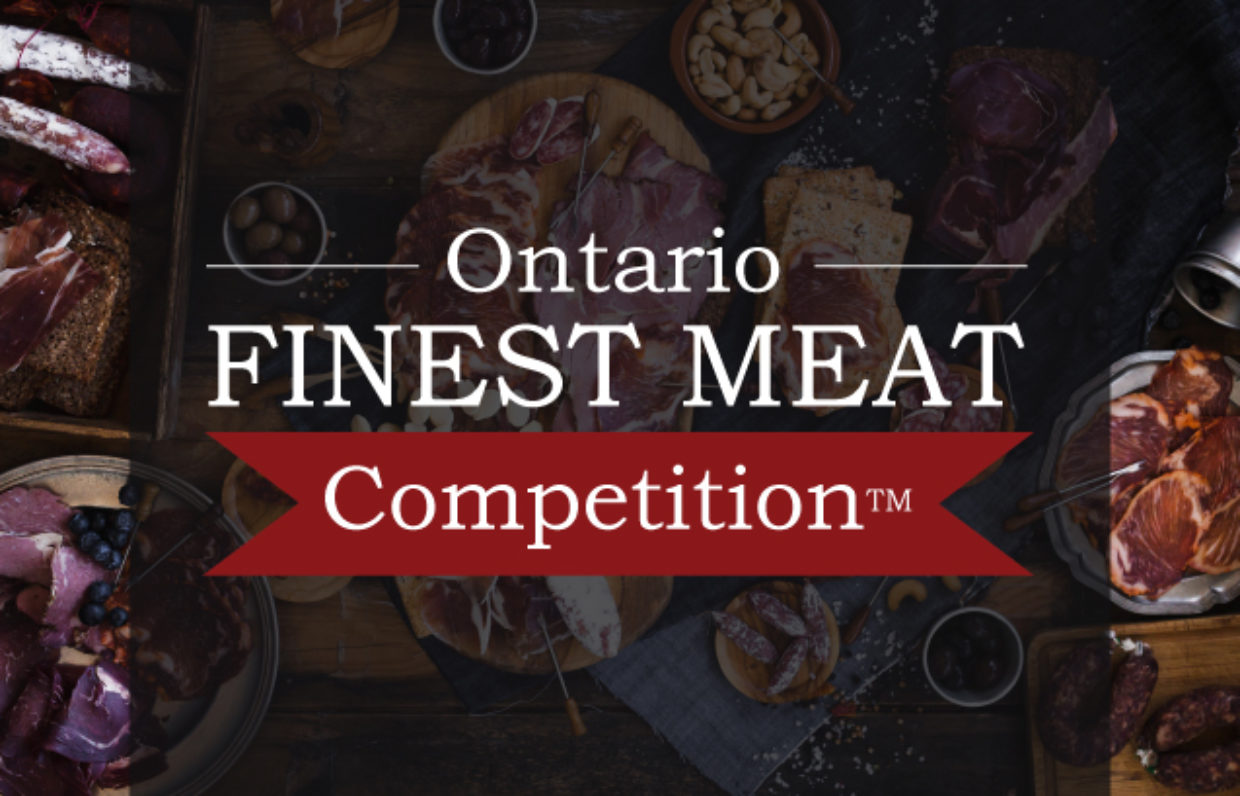 In 1987, MPO (then known as OIMP), launched its first meat competition with product categories that embrace both modern trends and the enduring heritage of Ontario’s artisanal meat and poultry products. The competition, which is exclusive to MPO members, moved from an annual to a biennial event in 2003.

Attracting over 115 entries made from Ontario meat and poultry, this event draws a stellar roster of knowledgeable, influential judges including retail buyers, media, and chefs determining the Platinum, Gold, and Silver award winners, which are presented at the MPO Awards Gala.

Our current roster of judges boasts impressive credentials. Food savvy and with a wealth of industry knowledge our panel includes:

Love Food. Live Well. These are words Katie lives by every day and create the foundation of her career as a holistic nutritionist and natural foods chef. Her food philosophy is simple: shop, cook and eat as wholesome as possible. Her goal is to inspire healthy living through delicious food. Katie is the owner and operator of Kate and the Kitchen, offering nutrition and culinary services to individuals and in the workplace. Katie is also a freelance chef, developing recipes for marketing agencies and food companies, and currently consulting in the not-for-profit sector, teaching cooking classes and skills training to community agencies that feed the less fortunate.

Katie holds a bachelor’s degree in health sciences from Western University, post-graduate certificate in Workplace Wellness and Health Promotion from Centennial College, and professional designation as a Registered Holistic Nutritionist from the Canadian School of Natural Nutrition. Her chef credentials come from the Natural Gourmet Institute for Health and Culinary Arts in NYC where she mastered the challenge of cooking with health-supportive ingredients using traditional and classically-inspired recipes.

Rita DeMontis is an award-winning writer who has been with the Toronto SUN newspaper for more than 36 years, where she currently resides as the resident local Lifestyle and Food editor as well as National Food Editor for the SUN MEDIA chain.
Rita’s also a regular on radio and television, including Newstalk 1010, CITY-TV’S Breakfast Television, Global TV, and CTV Canada AM. Rita has appeared on CityLine, Food Network and Restaurant Makeover and also hosted an 80-episode national cooking show called CUCINAetc. She has freelanced for several national magazines, including Canadian Living, and was voted one of 34 of the most influential Canadian women of Italian origin by the Italian Chamber of Commerce of Canada. 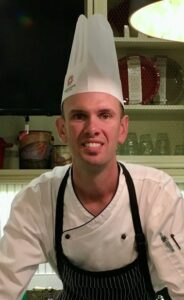 Troy grew up in the retail bakery industry, starting work at 3 AM every Saturday at the age of just 15. After high school, he worked in the bakery industry for ten years. After leaving the bakery, Troy gained considerable experience in institutional cooking and catering; went to culinary school, which tweaked a keen interest in butchery. Through these diverse experiences, he earned his Certificate of Qualifications as a Cook 415A and Retail Meat Cutter 245R and credential as a Nutrition Manager with the Canadian Society of Nutrition Managers. Now an expert butcher, baker, and cook, Troy shares his diverse skills in teaching culinary studies, nutrition, and butchery at Fanshawe College.

Bringing her experience from front-of-the-house, back-of-the-house, and from farm-to-fryer, Alexa has been a professional eater and critic since 2002.Her best-selling restaurant guides – CheapEats Toronto and CheapEats Ottawa – have sold over 17,000 copies. Alexa founded the Secret Pickle Supper Club, one of Toronto’s first underground supper clubs. You can find Alexa writing about food; working to raise millions for hunger charities; working with Second Harvest on FoodRescue.ca; providing unflinching content strategy advice to food & tech brands; and judging culinary competitions across Canada. 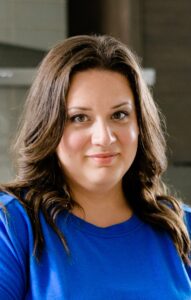 I have been in the food industry for over 15 years and I have been in love with food my whole life. I’m a classically trained chef, a wife, mother of two and all I’ve ever wanted to do is share my passion and my knowledge of food (and I know some stuff!). I draw from my experiences, personal and professional, to fuel my creativity and serve my clients.

My journey started at Liaison College of Culinary Arts and I began my career in an upscale wine bar. Working on the line, I learned so much about precision, communication and team work. I then moved on to working in the new and exciting work of recipe development and food writing.

Emily Richards is a professional home economist, freelance food writer, chef and cookbook author who also enjoys culinary instruction for home cooks who want to learn more and have fun in the kitchen. She is the author and co-author of 10 cookbooks which include topics from Italian cuisine, weeknight dinners, everyday celebrations, glycemic index diets, 5 ingredient cooking and comfort foods.

Emily writes and develops recipes for cookbooks, print and online publications and websites that include everyday cooking and healthy eating. Emily’s varied skills have allowed her to engage with consumers and colleagues to share her passion for food through trade and consumer shows, web, radio and television appearances.
You can follow Emily for more information and recipes on Facebook Emily Richards Cooks and Instagram and Twitter.

Chef Maurice Desharnais is a Niagara local, who began honing his culinary skills at Algonquin College in Ottawa. He spent 8 years at some of the best restaurants in Ottawa. Shortly after moving back to Niagara-on-the-Lake, Desharnais was appointed Executive Sous Chef of Peller Estates Winery and has been with the industry leader Andrew Peller Limited for over Fifteen years. Over these years, Maurice has helped raise the profile of Peller Estates. In January 2019 Maurice left Niagara and moved to Beautiful Kelowna British Columbia to oversee the restaurant renovation of Gray Monk Estate Winery. He spent the next year and a half, working with local farmers and producers showcasing the beauty and bounty of the Okanagan.

Having completed the overhaul with the kitchen, menu and the restaurant at Gray Monk, he came back to his home in Niagara and took over the Executive Chef position at Wayne Gretzky Estates Winery and Distillery. Completing his second-level sommelier, getting his Beer Certification, and receiving his Fromagerie are just some of the extras he brings to the food menu.
Maurice’s culinary philosophy and passion are strongly influenced by his Northern upbringing. He is known to bring an elevated approach to traditionally Canadian and rustic cuisine. Maurice prides himself on creating simple, uncomplicated food. Maurice shows his Canadian values through a no-quit attitude and support of sustainably sourced Canadian ingredients.

At Wayne Gretzky Estates, Maurice has transformed three different restaurants into fun, casual dining spots that showcase the winery and distillery’s iconic products in new ways. The relaxed and delicious menus offer a new way to experience the estate’s wines, whiskies and beers.

Her book Bitter, was selected by The Guardian as one of the top ten food books, made the list for the Art of Eating prize, and was featured in the Wall Street Journal, New Scientist and British Vogue.
She has presented at the Oxford Symposium of Food, Adelaide Writers’ Week, Aspen Food & Wine Classic, Slow Food University in Italy, Melbourne Food & Wine Festival, Toronto Terroir Symposium, Saveur Stratford, Ontario, Dartmouth Food Festival, U.K, and Epicurean Classic in Michigan. She is a regular food expert on ABC Overnights with Trevor Chappell. 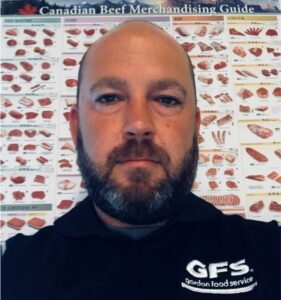 Growing up in Niagara Falls, I have been in the hospitality & food and beverage industry since I was thirteen years old and I have done every job from dishwasher to manager. For the past twenty years I have been in food service sales and marketing with a focus on protein. I have worked for large broadline distribution companies and boutique specialty companies. One thing has always remained constant. My passion for everything MEAT!

As a Protein Specialist for Gordon Food Service I get to live my passion everyday. Whether I am training our sales force, working on menu ideation with our corporate chefs or visiting with our customers, vendors and processing partners to gain greater knowledge of the industry I am in my element.

Introduced in 2015, this award is presented to the company whose product achieved the highest score across all categories in the competition.
Speducci Mercatto – Toronto, Bresaola Wagyu (2022) 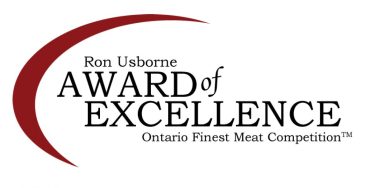 Introduced in 2007, this award is presented to the company achieving the highest combined score based on their product placements in the competition. Scores are calculated by assigning three points for each platinum placing entry, two points for gold, and one point for silver.
VG Meats, Simcoe (2022)

Watch the Judging from Previous Years 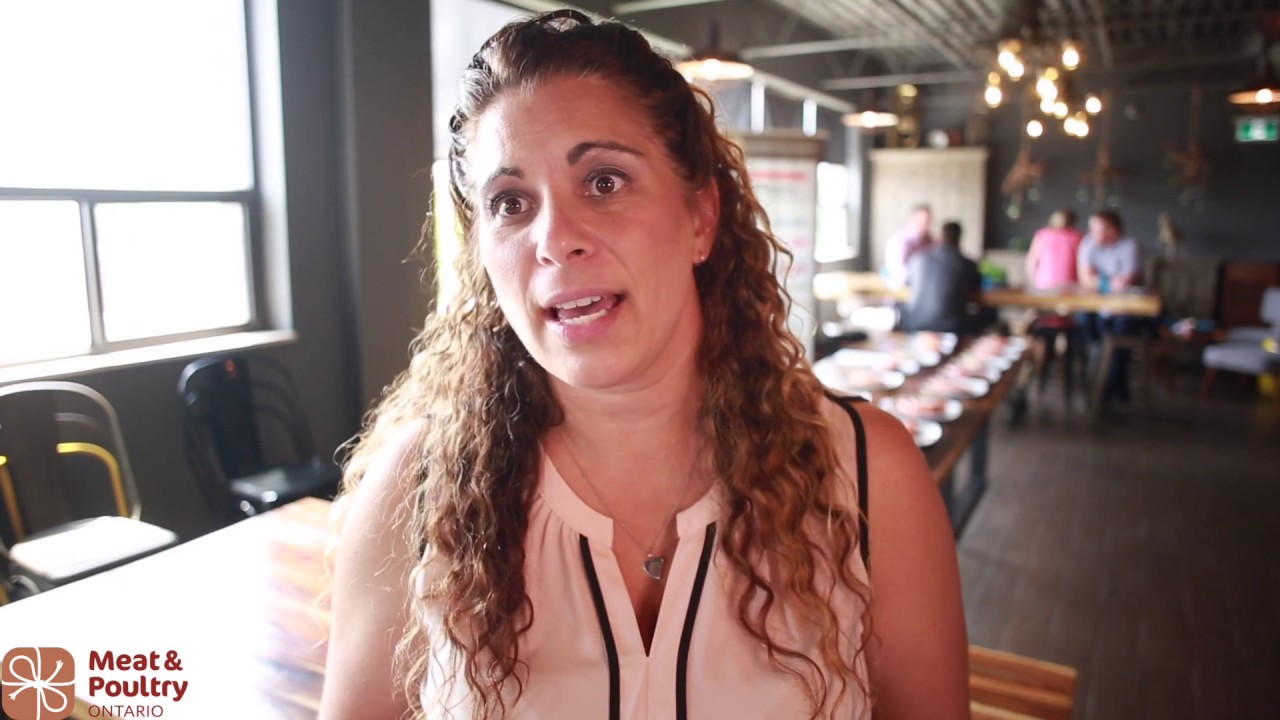 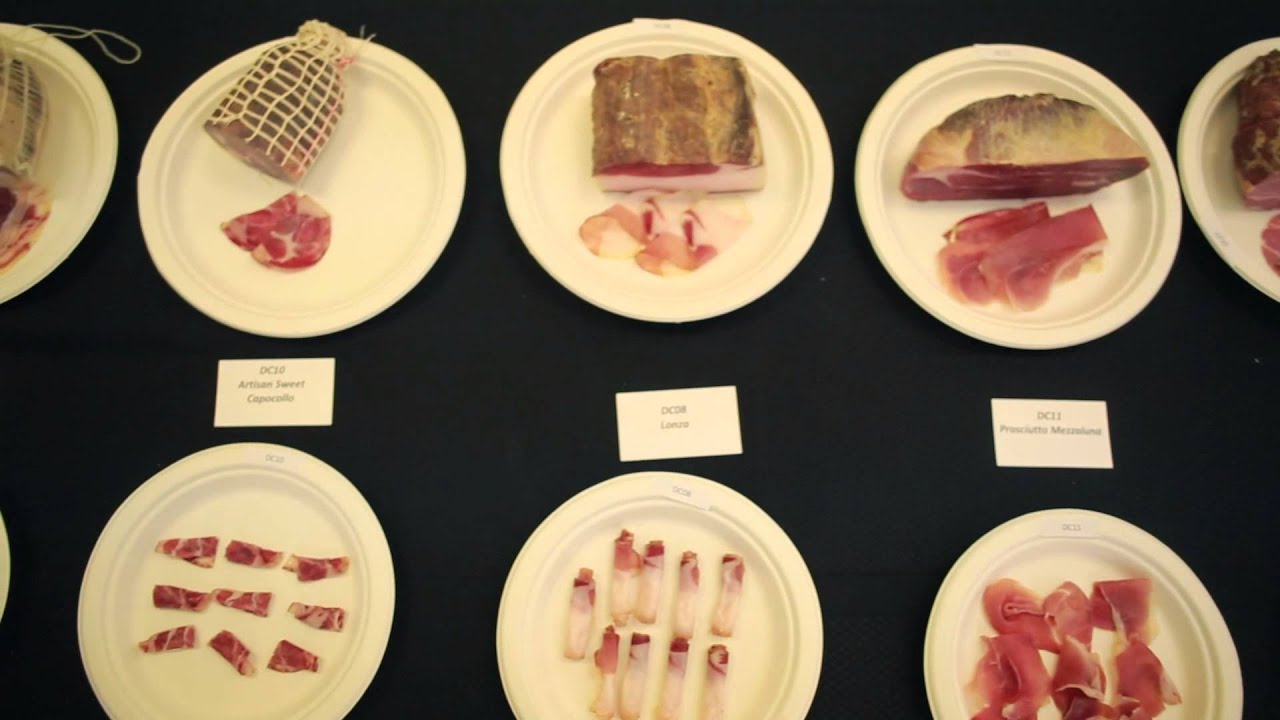 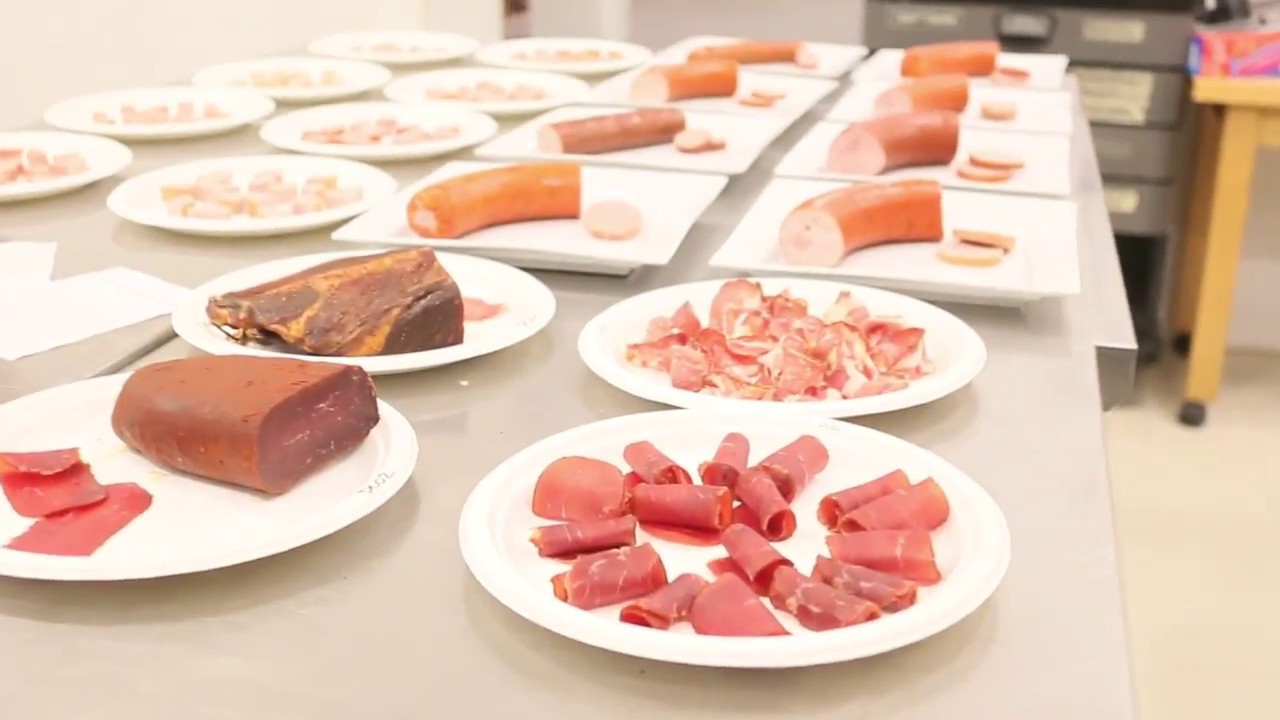 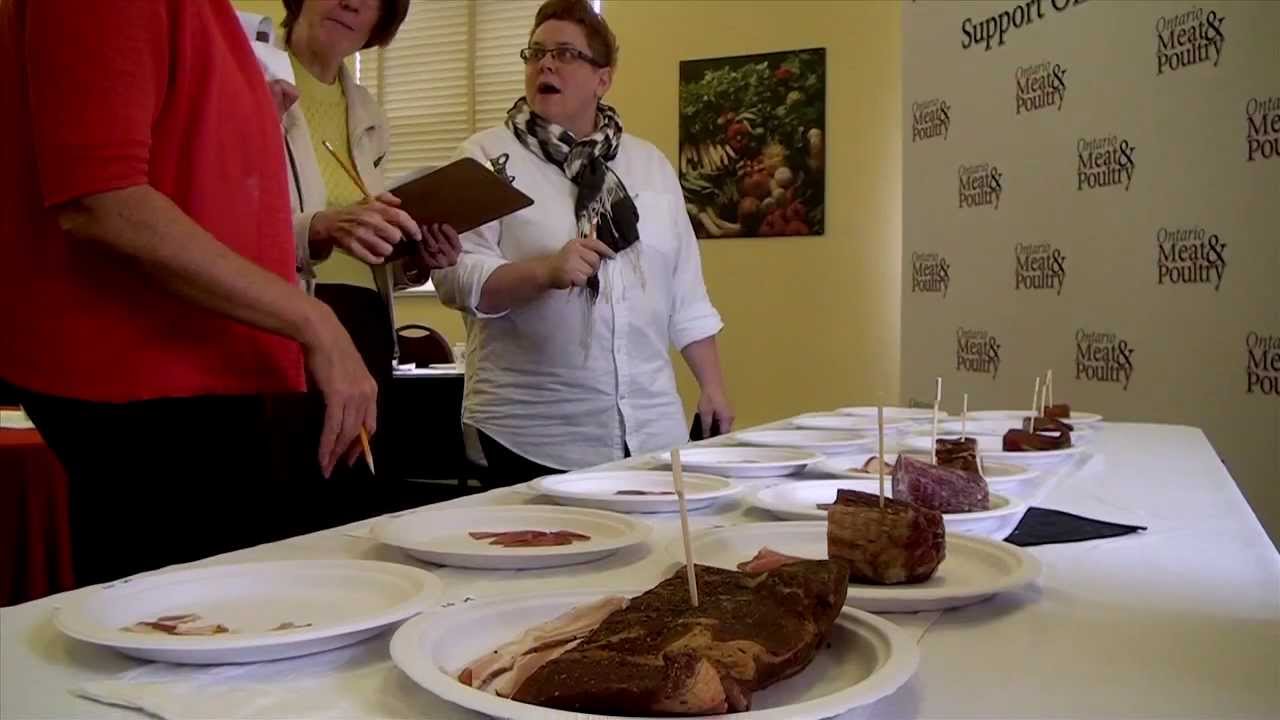